The Past Beneath Our Feet

JUPITER, FL – May 2, 2018 – Local surfer/fossil hunter David “Big Wave Dave” Hoag has always been the adventurous type. From an early age, he would often disappear into the dense Florida swamps and wilderness for days at a time. While observing Florida wildlife and connecting with nature, he spent as much time inland as he did traveling the coastline looking for the perfect wave.

“It kept me balanced,” says Dave. 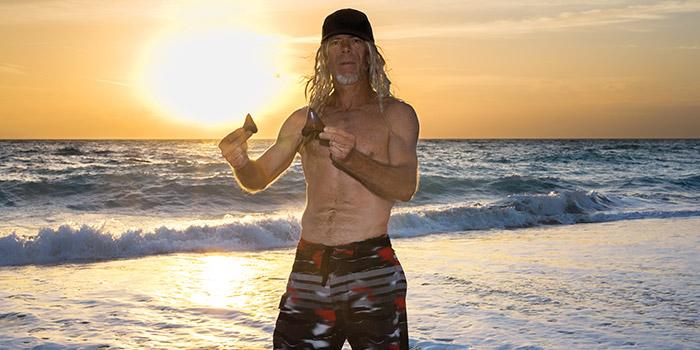 With a deep sense for conservation, Dave has always been concerned for preserving the wildlife and the land, and as a surfer, he naturally developed an affinity for marine life and sharks. It was the type of fascination that didn’t dissipate but grew after the occasional shark encounter during surfing contests, and whenever he observed fishermen catch sharks from the beach by mistake, he always made sure they were released back into the ocean safely. When looking for shells during a family beach day one day, he found a multi-colored shark tooth. Knowing it had to be old, it triggered an obsession to learn more about our unique area’s past and what other fossilized treasures can be found here.

When exploring even as far east as Jupiter, Florida’s beaches, there is rich history just beneath the sand's surface that only reveals itself usually during the storm season when beach erosion occurs, or when sand and shells are pulled from the bottom of the ocean just off our coastline to replenish the beaches. To find shark teeth on the beach takes patience, an extremely sharp eye, and some luck—sometimes just a few millimeters of the tooth or gum will be exposed from the sand and shells.

You have to learn what types of areas might be more likely to hold teeth based on other elements you come across, almost like mining for gold. Dave rounds up all of these necessary qualities. There is something special about Dave’s ability to locate shark teeth; he finds them in the most unique places in numbers. In one day, he will find more fossils and shark teeth than most will in a lifetime. I know this because I hunt with him often—and his finds are truly remarkable. 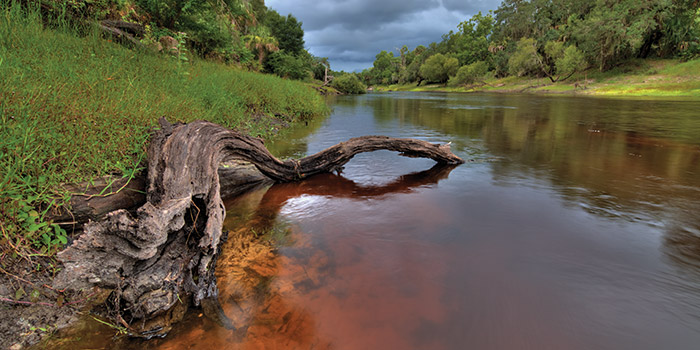 A calming orange glow surrounds you while listening to sounds of birds singing and the crystal clear water whispering past. Aside from his finds in Jupiter, Dave builds his collection from shark teeth and fossil finds at Peace River in Arcadia, Florida.

Aside from looking for shark teeth that range back over 500,000 years in Jupiter, Dave also digs and sifts for different species of teeth and fossils at Peace River in Arcadia, Florida. Starting with only 29 common sharks teeth as a child, he now has thousands from many different species (some of which lived millions of years ago and are currently extinct). Only a select few individuals have seen his collection before.

“My favorite type of tooth, believe it or not, is from the Hemipristis—not the larger Megalodons. The shape, colors, and patterns of the teeth are by far the most unique,” says Dave. “Despite their age, Great White and Mako shark teeth are the hardest to find. They seem to be the rarest, even though they are still swimming today.”

Now that you’ve seen part of Dave’s collection, you are aware that there are many treasures to be found in the sand of these magical Jupiter beaches. Keep your eyes open!

Snaggle Tooth (Hemipristis): Oligocene to Miocene period. It went extinct around 23 million years ago. Dave has the only known Hemipristis tooth found in Palm Beach County since all are typically found much further West. They have the most unique markings and colors depending on where you find them 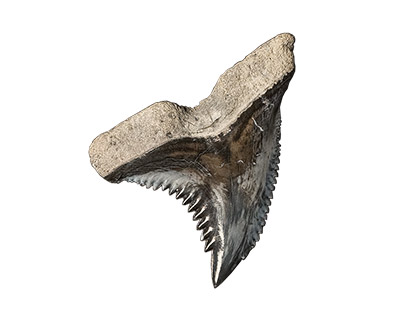 Great White (Carcharodon carcharias): Miocene period to present day. Fossilized teeth from a Great White are probably the most sought after tooth by beach goers. Dave’s largest Great White tooth almost holds a world record – and he has a broken one that would easily beat the world record if it was complete. 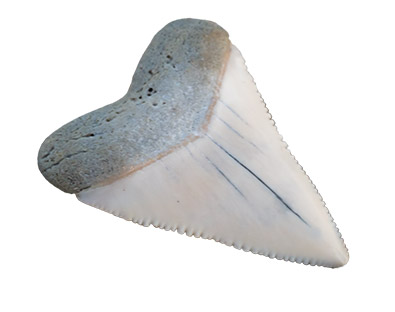 Tiger Shark (Galeocerdo cuvier): Eocene period to present day, over 30 million years old. Tigers shark’s fish hook shape with sharp serrations make them so interesting to collectors. They are found on the beach and Peace River. They are not extremely rare, but not easy to find either. 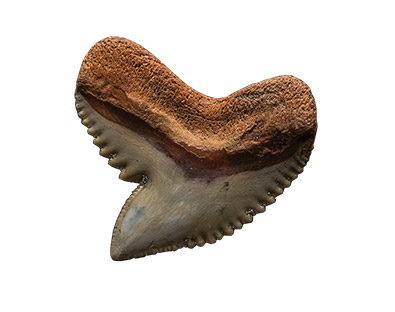 Megalodon (Carcharodon megalodon): Miocene to Pliocene period, 15.9 - 2.6 million years old. “Megs” come in many different shapes and sizes. These will be the largest sharks teeth you can find in Florida. You will never forget the first time you hold a Megalodon tooth. 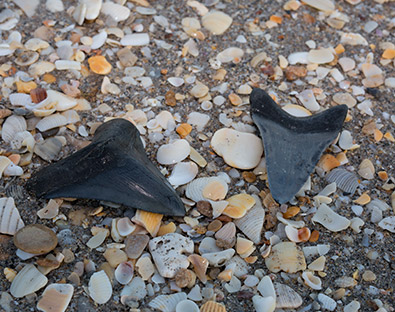