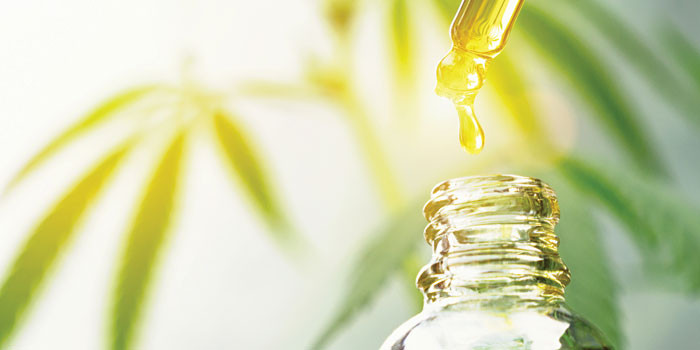 Florida Coast Magazine – Winter Issue 2020 – Marc Siegel is a man with a vision. That vision is to help peoples’ lives improve through health, fitness, and well-being. How does he plan to do this? We met with Siegel to discuss the benefits of cannabidiol, also known as CBD, and the positive effect it is having on not only his clients, but people he meets with various medical conditions or injuries.

Meeting Marc Siegel was a whirlwind of enthusiasm, honesty, and pure determination for a man who wants to make a difference in the world. Originally from Staten Island, New York, Siegel spent the first years of his career with a well-known bank in the city, where he had a $22-million-dollar book which he brought up to over a $100 million. In the process of being a high-flying city slicker, he gained at least 50 pounds in weight. Siegel breathes deeply, “I remember I got up to 265 pounds with a 42-inch waist and 45 percent body fat.”

Siegel knew things had to drastically change during a visit to a gym that left him lying on the floor, panting for breath and covered in sweat. He left the banking job, his wife left her job in advertising, and they then headed to South Florida to start a new life.

Following the move, Siegel got into serious shape and felt better than he ever had. He made a decision that he would help people improve their bodies by training and educating himself to become a personal trainer. Starting at the bottom of the ranks at a gym, he soon became area manager. However, this was not enough and he knew he needed to go solo. He started his company, Quantum Performance Training and Siegel elaborates, “I was approached a few times to go into partnership on a gym, but that was not for me. I never wanted to be an owner of ‘the box’.”

Chatting with Siegel it became obvious that this is a guy who thinks outside of “the box.” After seven licenses through the National Association of Sports Medicine and working with all types of clients from people wanting to get fit, to professional athletes wanting to up their game, Siegel knew he wanted to help even further. He started to look into the concept of CBD. 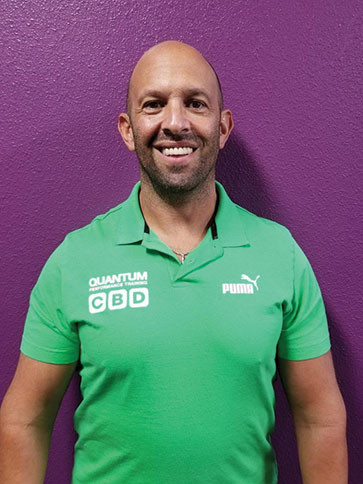 CBD is not to be confused with cannabis, which is known for its relaxing psychoactive effects. It is, in fact, a component of marijuana originating directly from the hemp plant. Non-habit forming, CBD is believed to remedy many ailments, some of which include anxiety, insomnia, depression, muscle aches and pains to name a few. It won’t get a person high because it only contains trace amounts–less than 0.3 percent–of THC (tetrahydrocannabinol). 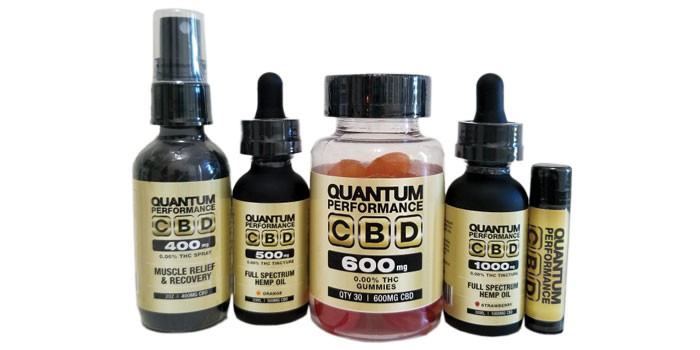 Marc Siegel has received a great response for his clean Quantum Performance products.

How does it work? This is also still under investigation. The body produces its own cannabinoids, known as CB1 and CB2 with CB1 being found throughout the body and helping with coordination, movement, and pain relief. CB2 is more collective in the immune system helping with inflammation and pain. Medicinal CBD was originally believed to attach itself to the CBDs already present in the body, but current research suggests it directs the body to use more of its natural CBDs.

The medicinal usage of CBD has been in place for hundreds of years, particularly in the Far East. Rumor has it that even Queen Victoria used it to relieve menstrual pain. According to the World Health Organization, “To date there is no evidence of public health problems associated with the use of pure CBD.”

Siegel researched CBD in its pure form and traveled all over the U.S. to make connections with suppliers. He tried various gummies and oils until he was satisfied he had found the right suppliers for the high quality product he wanted to produce, free of any junk or chemicals.

After sampling many oils (known as tinctures), which Siegel says, “Are absolutely disgusting. Some taste like you are literally eating dirt,” his wife suggested natural oils to improve the taste. He took this concept one step further and added a dash of an essential oil in his roll-on and spray version of the product making sure that no fillers or synthetic chemicals were added like they are in many other CBD brands. The spray and the roll-on are to help with the immediate pain by helping hinder inflammation and neuropathic pain and the ingested oil, which is dropped under the tongue, is for the long term relief. He also has CBD gummies, which look just like a multivitamin. Siegel then tried his products on family and friends, shortly thereafter progressing to clients.

Before long the positive effects of his products were being felt and he had phone calls, emails, and requests for his goods. Siegel states, “I have met Olympians, people with arthritis, ADHD, chronic pain and even people’s pets which have seen improvements. They swear this stuff works. I met a former NYPD emergency services unit officer, Sal Burriesci, who was shot in the line of duty. He also happens to be a retired MMA (Mixed Martial Arts) world champion. Sal has had 16 surgeries including metal rods, pin screws, and anchors in over seven parts of his body. Sal was taking 120 Percocet and ibuprofen per month. 45 days after meeting me and using my tinctures and my spray, Sal is now proud to say he is drug-free.”

Even though CBD products are available all over the United States with all 50 states having laws legalizing it, these laws have restrictions because the Federal government still views it as the same drug class drug as Marijuana. However, this is set to change, with hemp crops thought to soon be made legal making CBD hard to forbid. The FDA has recently approved the first ever medicinal cannabis to help with certain conditions that cause severe seizures. Siegel emphasizes, “I have spoken to many doctors about the pure CBD oil. A majority of them are very positive about it, some not. But attitudes are starting to change in a positive way.”

Could skepticism towards CBD be due to many western cultures having years of indoctrination into thinking that pharmaceutical medicines are the only way to go in terms of helping with pain, seizures, anxiety, and insomnia? With money slowly dripping into scientific research and the health benefits of CBD outweighing any negatives, will the federal government embrace it? Let’s face it, they could tax it to the nth degree. How will the giants of the pharmaceutical industry deal with the boom in its popularity? Are they potentially uneasy at the possibility that a group of people on the sideline of the chemical pharmaceutical trade, may get a slice of the “health” pie?

There is a lot of grey area with the conversation of medicinal CBD, but one thing is for certain, there is a man who had a dream to help improve peoples’ lives through health, fitness, and well being and that dream has resulted in some very relieved and thankful people.

If you have an underlying health condition and decide to try CBD, talk with your doctor—to make sure it won’t affect other medications you may be taking.  ﻿