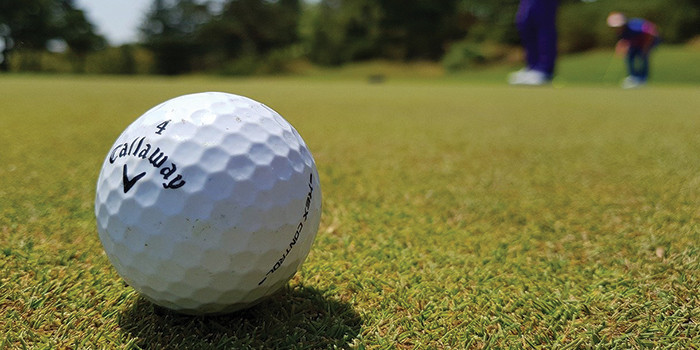 PALM BEACH GARDENS, FL - The Honda Classic has been named the "Most Fan First Event" on the PGA TOUR at the annual Best Of Awards that were presented at the TOUR's annual meetings in Ponte Vedra, FL.

The tournament, which has made a massive commitment to the spectator experience since moving to PGA National in 2007, was recognized by the TOUR for excellence in the area of fan engagement for the second time. The Honda Classic first won the Most Fan First Event award in 2014. The tournament was recognized in 2018 for Best Onsite Staging among PGA TOUR events.

"We are thrilled that the efforts we have made to make attending The Honda Classic a fantastic experience are being recognized on a national level," Honda Classic Executive Director Kenneth R. Kennerly said. "We have continued to have tremendous crowds that regularly set attendance records. To be recognized by the PGA TOUR for the experience we create for our fans is an additional validation of what we set out to establish when we moved to PGA National Resort & Spa in 2007 and re-imagined The Honda Classic.

"We look forward to remaining innovative for years to come to continue living up to the recognition we have continued to receive from the PGA TOUR."

"On behalf of the PGA TOUR, I am thrilled to congratulate The Honda Classic on being recognized with a 'Best Of' award for the 2018-19 PGA TOUR Season," said PGA TOUR Chief Tournaments and Competitions Officer Andy Pazder. "The tournament committee and title sponsor, American Honda Motor Co., Inc., should be extremely proud of their collaborative efforts and for being celebrated as the best among their peers on TOUR."

The Honda Classic expanded its options for ticket holders in 2019 with a tournament-record 18 public structures. These included the Legends Club and Champions Club at the 18th hole and the Goslings Bear Trap, Cobra Puma Golf Village, Waterford Club, Garden of Life Presents The Oasis, FPL Patio, Tito's Stillhouse Lounge and The Bear Trap Reserve at the 17th hole.

Additional activations around the course included the One Sotheby's International Realty Champagne Lounge at the 10th tee, Wright's Way between the 11th and 17th holes, The ULTRA Club at the 18th tee, the United Technologies Patriots Outpost at the 17th hole, The Devonshire Public seating area at the 14th green and Nicklaus Children's Hospital public seating at the 16th green.

In addition, the tournament offered a variety of food selections, including food by Brio restaurant at the One Sotheby's International Realty Champagne Lounge, the new "Trucks in the Trees" food-truck site at the eighth hole, and a multitude of concession areas throughout the golf course with unique offerings such as paella and brisket and bourbon.

The Michelob Ultra Terrace featured an After Play Concert series Thursday through Saturday night. The Tire Kingdom Fireworks Spectacular lit up the skies above PGA National after the concerts on Friday and Saturday.

The 2020 Honda Classic, won this year by Keith Mitchell, will be held February 24-March 1 at PGA National.

Worldwide, PGA TOUR tournaments are broadcast to 226 countries and territories in 23 languages. Virtually all tournaments are organized as non-profit organizations to maximize charitable giving. In 2018, tournaments across all Tours generated a record $190 million for local and national charitable organizations, bringing the all-time total to $2.84 billion. Fans can follow the PGA TOUR on PGATOUR.COM, the No. 1 site in golf, on the PGA TOUR app and on social media channels, including Facebook, Instagram, LinkedIn, and Twitter.

By: SpecialtySports on Nov 21, 2019
Tags: Golf, The Honda Classic
Get More: Sports